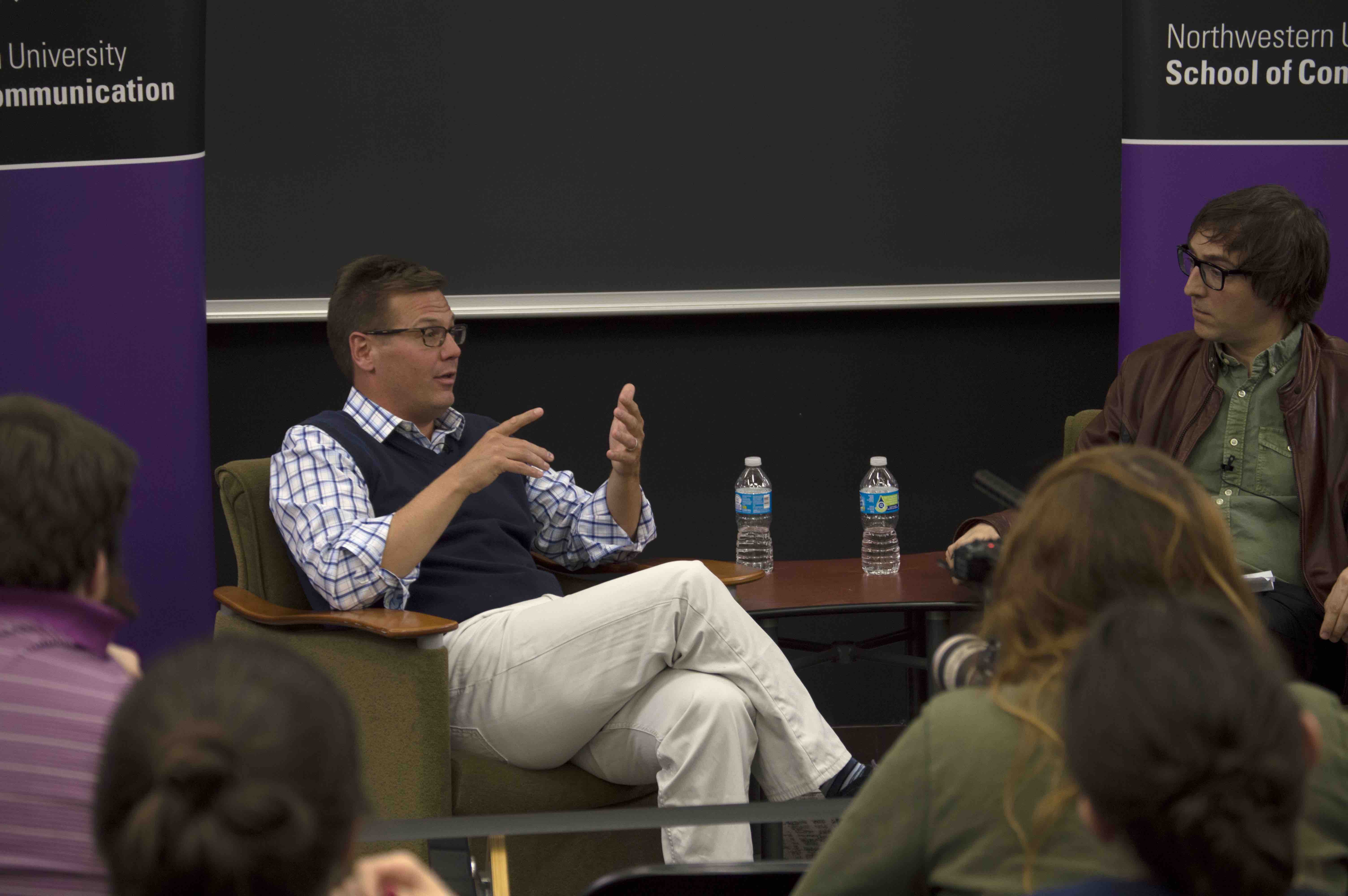 Andy Bohn had some straightforward advice for students aspiring to work in the film industry: learn as much as you can about movies.

At a recent speaker series event, the co-founder and managing director of The Film Arcade, a film production and distribution company, encouraged the audience to read everything relating to the film industry, from scripts to trade presses to history books.

“Read about the history of the business and current news, watch a lot, really become a student of film or television,” Bohn said. “You find yourself in meetings with writers, directors, producers, and you’re referencing industry history, it shows you’re knowledgeable. Having that context is invaluable.”

Bohn would know, too. His career in the film industry has taken him from an unpaid internship at MGM, to an assistant job at the renowned agency International Creative Management (ICM), to the role as head of development at Morgan Creek Productions, where he oversaw films like The Good Shepherd and Man of the Year from development to production. Bohn explained that each experience was educational, and encouraged attendees to take whatever positions they can get at industry-related companies like agencies and studios.

“Even if you’re there pushing the proverbial mail cart, you just learn so much,” Bohn said. “It’s a great way to spend a year, you’d be shocked by how much you learn.”

Bohn obviously put that education to good use. As The Film Arcade’s co-founder and managing director, he has overseen the releases of critical and commercial successes like Don’t Think Twice, which follows an improv comedy troupe in New York. He discussed Don’t Think Twice’s unconventional release, which included star and director Mike Birbiglia taking the movie on the road for in-person Q&A’s after screenings, as well as offering improv classes.

“We’re incredibly collaborative with our filmmakers and really let them into the process,” Bohn said. “These stories are their babies, so it’s invaluable to have their input into how these movies should be positioned.”