Kathleen Hudson Aspires to Bring Opera Back to Cultural Spotlight 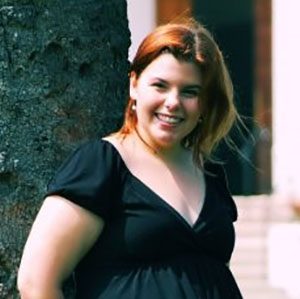 Kathleen Hudson originally wanted to be the star of an opera, but over the years her interest turned toward running the show.

“I believe deeply in this particular art form,” she said. “I want to be on the ground floor of influencing the landscape of opera in America as it struggles to remain relevant and accessible to audiences.”

Hudson studied music, with an emphasis in vocal performance and choral conducting, while at Loyola Marymount University. Over the years she has been in at least six fully staged operas and has done a lot of recital and scene work. The scope of her repertoire ranges from shows like Pirates of Penzance, an opera that she says borders on musical theater, to Albert Herring by Benjamin Britten, which she considers more contemporary opera. Her favorite opera, however, is Otello by Giuseppe Verdi, who is also her favorite composer. “It is a really masterful narrative of Shakespeare’s Othello through music,” she shared. “It is not faithful to the play but it tells the story very well.”

After graduation from college, Hudson worked at Lyric Opera of Chicago in the front of the house and has since held various administrative day jobs, but she has never let go of her passion for opera. Hudson has continued to audition and take vocal lessons but about three years ago she discovered her interest in working behind the scenes.

She now hopes to become general director of a top-level American opera company.

She is aware that the art form is not as relevant as it once was, as evidenced in the 60s when opera stars would appear on TV programs such as The Ed Sullivan Show. “People don’t speak the language anymore,” she lamented. “[Opera] has lost some cultural currency.”

Hudson is looking forward to the challenge of making opera more accessible. She believes that it starts with exposing children to classical music classes when they are young, as was her experience. She recognizes, “Not everybody is going to love it, but if they aren’t given the chance to see what it is really about, they are never going to.”