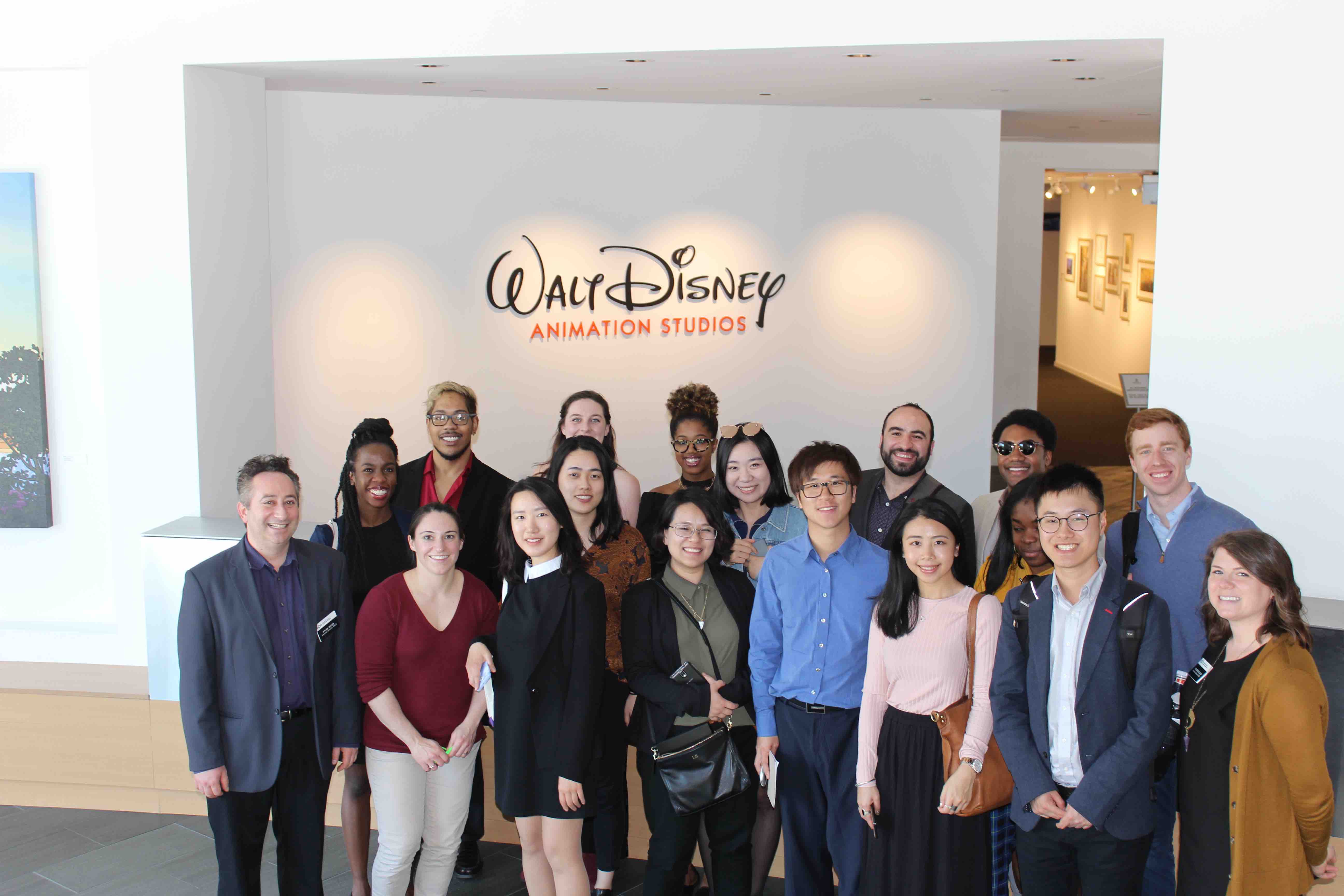 During spring break, half of the MSLCE cohort went on a journey to Los Angeles, the center of the nation’s film and television industry.

The expansiveness of both the city and its industry are so real and mind-blowing. If New York is a machine for finance, commerce and art, Los Angeles, is a high-speed and smoothly operated machine for the film and television industry.

The cohort spoke with the LA “Purple Mafia” at a mixer with Northwestern University Entertainment Alliance (NUEA) West members, and also met throughout the week with alums and professionals working at entertainment giants like HBO, Disney, ICM Partners, Fox Searchlight, Universal Studios, Scott Free, Weissman/Markovitz Communications, Film Independent, and MACRO. We were told that regardless of whether you want to be a filmmaker, an actor, a producer, or an agent, the start is not going to be like a waiter or waitress in La La Land.

“Go get a real first job in the entertainment industry,” said Kevin Crotty, a partner at ICM.

And for many new graduates, this first job is in the mailroom of the Big Four agencies, where you can get to know everyone in the game, build good relationships with them, and wait for the next leap forward in your career. The network is as expansive as the city, but the connections within it are subtle and magical.

Other topics we discussed with the guests on the trek included whether a decision about a project is taste-driven or data-driven, or both; how to deal with the domestic competition, for example, the crazy business model of Netflix, and the threat of streaming services like Amazon; how to deal with the international booming market; and, if you are in a nonprofit organization or an emerging company, ways to develop your main focus in a niche market.

Hopefully, one day, one of us will sit on the other end of the table and answer questions from students.