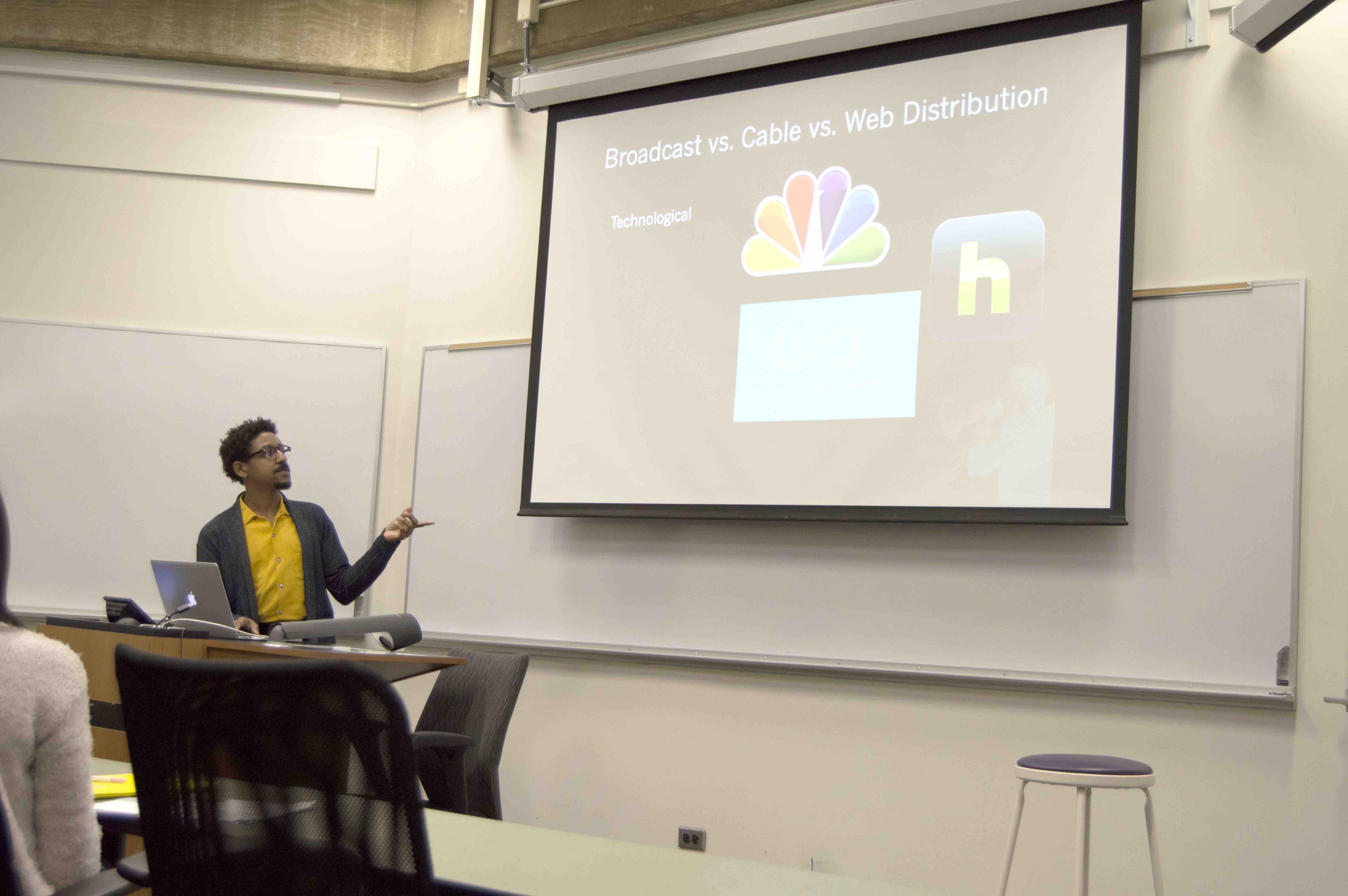 The television industry has expanded with myriads of platforms and evolved from network to cable and internet distribution. New players like Amazon, Netflix and Hulu, and YouTube have made it easier for television show creators to get their material produced and are also gradually reshaping the entire television market and culture. We are now living in an exciting era where everyone has a chance to make his or her own production. The whole television market and culture is gradually reshaping itself.

To respond to this trend, the MSLCE students in the digital television course created their own shows.

Professor Aymar Jean Christian, who taught the course, is the creator of OPEN TV, a beta platform for original series about independent arts and artists. With his own experience in establishing an independent TV web channel, he led us through the adventure of exploring how to develop video storytelling projects and how series are developed within and outside of corporate development.

First, through a large amount of reading, presenting, and sharing, we all got an overview of the history and structure of the television industry. Second, we had another way of learning: through guest speakers in class. They were all veterans of  independent television development and their talks segued our understanding of television into a practical level.

The Digital TV cohort came up with their own shows for the final presentations: students pitched documentaries, web series, and variety shows that covered a wide range of topics from food, feminism, to art. The course also taught students how to sell their projects. Many explained that they would pursue funding through crowdfunding, distribution through streaming services, and promotion through social media.

It was fun and fulfilling for students to methodically dive into the practicalities of their creative ideas. It was also inspiring for them to appreciate others’ works and distinctive marketing tactics.

Here are links to some of the productions in the final presentations: