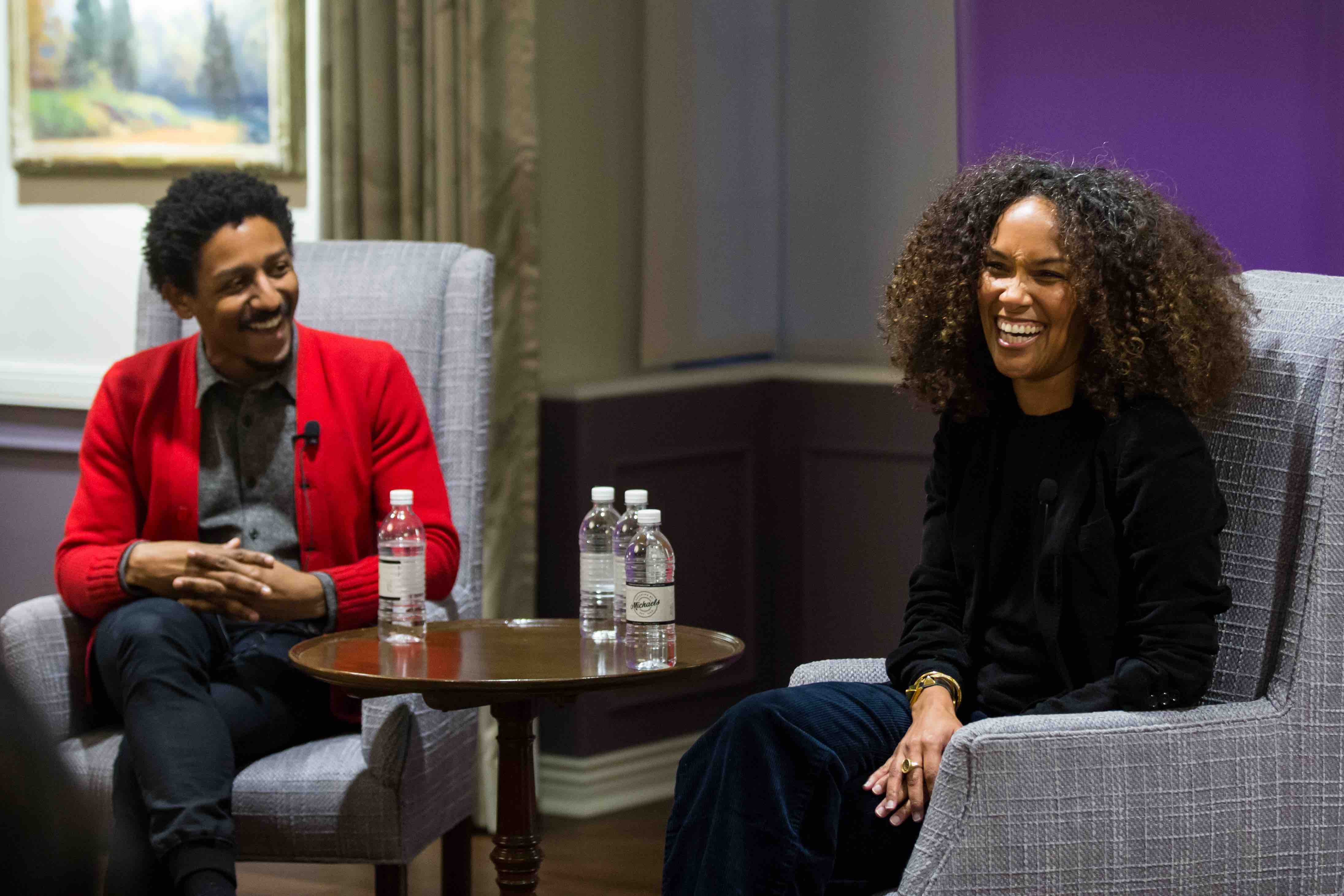 Akil, who has always been a role model for me, created iconic TV comedies and dramas such as Girlfriends, The Game, and BET’s first scripted drama Being Mary Jane.

Akil got her degree in Journalism from Northwestern’s Medill School. With a strong determination to be a print journalist, Akil was constantly advised by peers to be in front of the camera as an actress or model. It was at Northwestern, first in a writing class, then in a student drama group, that she began to see her calling as a screenwriter. When she was ready to move to LA to pursue a screenwriting career, she was sure to make connections with Northwestern alumni to secure her first job.

“I was constantly in the alumni center taking note of who was in Hollywood and how I could make a connection” she remarked. “ I got my first job as a PA and worked my way up.”

Once Akil met her husband and future creative partner, Salim Akil, the two set out to blaze a remarkable path in the industry, telling authentic stories of the modern black woman.

Akil eventually went from staff writer on shows like Moesha to the amazing opportunity to create her own sitcom on UPN called Girlfriends. Girlfriends explored the lives of four African-American women who were best friends, successful in their careers, but constantly struggling in romance. This very real portrayal and humanization of black women has become a successful brand for Akil and is a driving force in her work with her company Akil Productions.

As a writer and aspiring showrunner, I asked Akil how she manages to remain true to her vision for her shows while collaborating with many different creatives. She answered, “On my shows I give everyone the opportunity to contribute their voice, but I maintain that though there may be many voices, there is only one vision.” It is easy to see how that philosophy has contributed to   the success of Akil Productions as they move to their new home with Warner Bros. in a development deal.

As someone who grew up watching Akil’s shows and has recently forayed into screenwriting, it was a fulfilling experience to hear Akil’s story in person and receive her advice. As a black woman, Akil is a powerful and motivating image for me that anything is possible. Her story speaks to the influence of Northwestern and how the university inspires its students, while connecting them to their careers in powerful and practical ways.