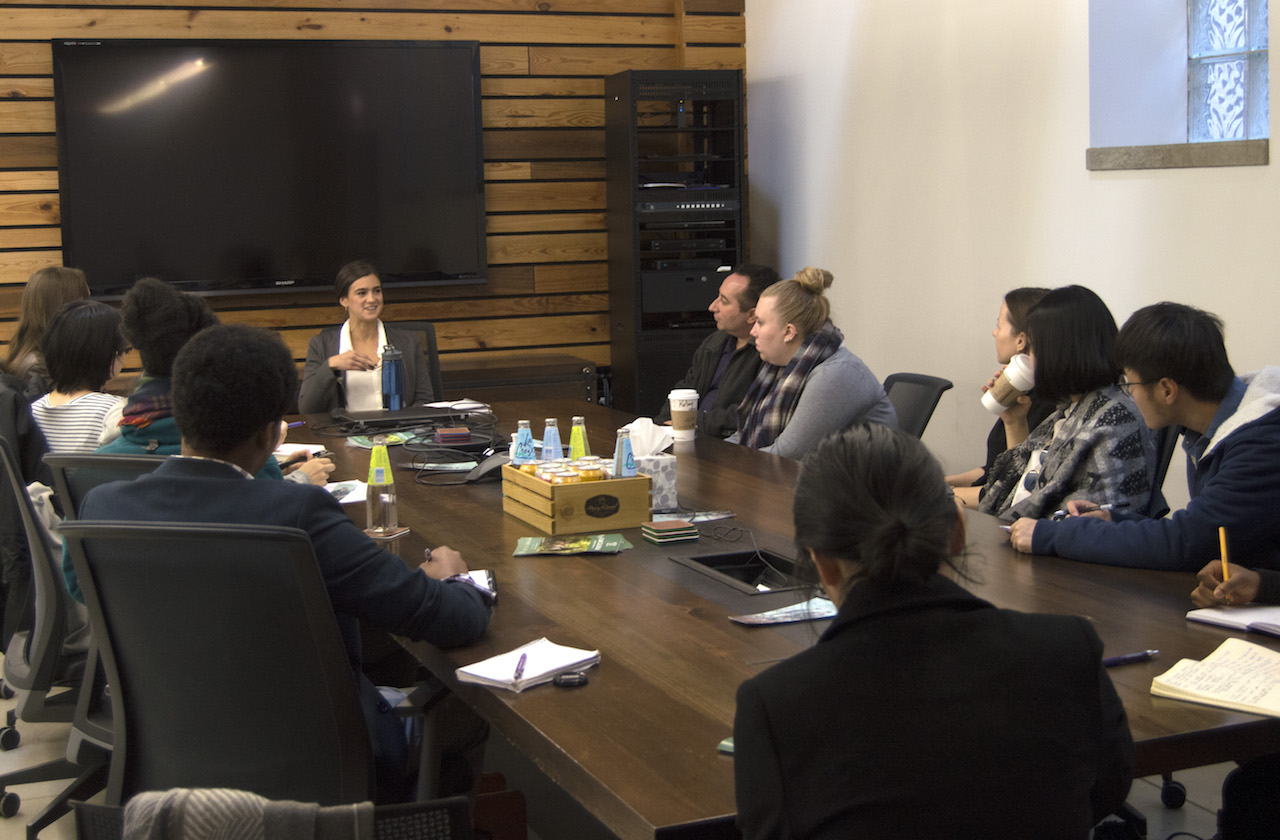 Ever heard of The Girl with the Dragon Tattoo? Have you ever wondered who made it possible for the film to go to theater screens, as well as other foreign films like Ida, and the award-winning Monsieur Lahzhar? Music Box Films made that happen, and MSLCE students were given the opportunity to visit their workspace in Chicago on Friday, October 14th.

Music Box Films was founded in 2007. It prides itself in the distribution of foreign language, independent, and documentary films. Movie theaters, DVD’s, and video on demand are their primary distribution channels. Music Box Films is owned by the Southport Music Box Corp., which also owns the Music Box Theatre, an icon in Chicago that opened in August 1929. This theater is well known for its architectural style – it is hard for the twinkling stars and clouds that adorn the ceiling of its main auditorium to go unnoticed.

Though the theater and film distributor are connected, they are not dependent upon each other. “If they know a film would do more on home entertainment, they do not focus much on theatrical distribution,” said Courtney Vlaming, who started working for Music Box Films as an intern but is now the home entertainment sales and marketing coordinator.

Vlaming explained the acquisition process: Music Box Films acquires most of their movies from film festivals. After that, they make projections on sales and licensing costs. The bulk of budgeting generally goes to theatrical distribution along with paper and digital advertising.

Brian Andreotti, a Northwestern alumnus who is head of Theatrical Sales and is in charge of programming the Music Box Theatre, explained the strategy behind their theatrical releases.

“Theatrical distribution starts with New York and Los Angeles and then opens up to the major markets week by week,” he said.