MSLCE Student Dreams of a Career in Hollywood 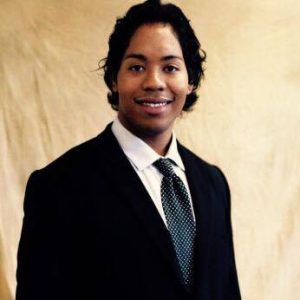 Alexander Fah Sang dreams of working for a Hollywood studio or heading his own. The Northwestern alum studied history and business institutions as an undergrad but has always had a love for film. “I loved seeing movies when I was younger,” he said. “Film is my favorite art form.”

Though Fah Sang did AV while in high school, his career goal when he entered Northwestern as an undergraduate was to be an investment banker. But after learning more about banking and taking an arts class that taught theory and methods during his senior year, he decided to return to his initial passion. “Art is more lasting,” he said.

The self-described creative wants to make independent films for artists but expand their reach beyond the artist community. He is a critic of “art for art’s sake,” arguing that the value of the work is diminished if is not understood by the average person. “I would love to make films that are artistic and have a wide appeal,” he shared. Fah Sang enjoys telling stories and notes that filmmaking allows for creative liberties. “I would like to break all of the rules when I make my universe,” he said.

Fah Sang ultimately believes in the larger purpose that film serves. He noted, “The shared experience of seeing a movie together is interesting because it brings together people of different backgrounds in a shared space.”

Over the next year, he hopes to learn about the processes behind making a film, including sourcing talent and creating sets. He hopes to combine all of his passions in the MSCLE program where he can study both business and the arts—a coupling that he calls a “unique mix.” He shared, “The MSLCE program merges both of these fields together into an interdisciplinary study, which will help me further develop myself and gain exposure to the entertainment and arts industry.”

Well done I enjoyed reading your article . I like what Alexander said about the shared experience of seeing a movie together brings together people of different backgrounds in a shared space.. that was well said and so true. Keep up the good work. Alexander and Miya.. Northwestern MSLCE