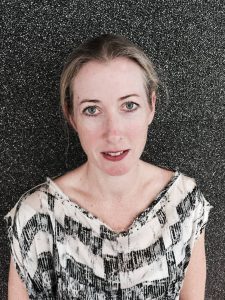 Brigette Whisnant got into marketing to help people connect with brands. After two decades, the approach may look a little different, but the goal is exactly the same.

“For me it was just about, ‘How do you make people engage with brands?’” Whisnant said about what first appealed to her about marketing. She says she still asks herself, “Why is it that I love certain brands and am devoted to them?”

Currently an executive producer at Havas Chicago, Whisnant has spent her career producing award-winning video campaigns for brands like Amazon, Jim Beam, and Orbit. Along the way, she’s learned that getting to know the company behind a brand often helps build a better campaign for the brand.

“You start to believe in those brands more, and it makes you more effective in your job,” she said.

Whisnant, who graduated from Northwestern’s School of Communication, will be speaking at Northwestern as part of the MSLCE Speaker Series on Nov. 3. In a recent phone interview she described what first appealed to her about marketing. It started with a passion for film.

“I loved movies and books and stories as a kid,” she said. “I fell into [marketing] because I wanted to learn how to edit.”

After graduating from Northwestern, Whisnant, who is originally from Portland, spent five years working for Chiat/Day LA on campaigns like PlayStation, Taco Bell, and Apple. Then she moved to New York, then Minneapolis, for a string of opportunities that led to a number of award winning campaigns, including a series of online films for Amazon.com.

Throughout her career, Whisnant has seen turnaround for new productions shrink, while the amount of media output has exploded. When she started, marketing films could take months or even years to complete. Now, commercials and videos can be churned out in a matter of days.

“We move at a much more rapid pace than we did when I first started out in the business,” Whisnant said. “Now it’s about having as much content as possible for all of these social media channels.”

Because of the speed in which content is being released and the sheer amount of it out there, Whisnant says that originality in marketing has become more important than.

“The special ingredient is when you haven’t seen something before,” she said. “That’s what’s exciting.”