MSLCE Student Hopes to Run a Creative Studio for Children 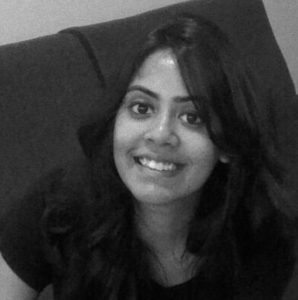 Ashwathi Iyer takes theatre seriously, but when it comes to her pursuit of a theatre career, she’s more than willing to let loose a joke or two.

Asked who would play her in the movie about her life, she responded, “I’d play me!” The reason? “I can tell my parents how spending 6 years of my life in theatre has finally paid off!”

What would the movie be called? “Please Don’t Sleep Through This.”

Iyer may have a self-deprecating sense of humor, but she’s also got big dreams and the ambition to accomplish them. In her brief professional career, the Bangalore native has conducted and directed a six week theatre boot camp for amateur actors that culminated in a stage performance. She has also volunteered for an NGO called Make A Difference that provides tutors for underprivileged children.

She hopes to eventually work with children, running a creative studio “that uses theatre and theatre-based activities to help children realise their hidden potentials.”

“I’ve always been inclined to creativity since I was a kid,” she said. She majored in architecture and minored in theatre while attending Manipal Institute of Technology, but decided after to pursue theatre professionally.

“I love how versatile the field is,” she said. “When you go through the process of portraying some other character as an artist, you subconsciously learn to empathise with people from different walk of life, and to me, that’s a really important trait to have in this day and age.”

Iyer was attracted to the MSLCE program’s courses, and especially its internship opportunity, which she hopes will propel her in the right direction towards her goal.

“I like working with people as a team member or leader since it opens doors to a lot of discussions and flow of creative ideas,” she said.

Where would she like to intern? Broadway, of course. And to those who may think that’s too ambitious to hope for, she has the perfect response.

“I understand that this improbable dream of mine might be a cause mirth to many, but as Elsa has taught many of us, I’m going to ‘Let it go.’”