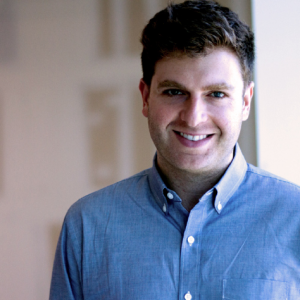 While some may view large entertainment companies as a source of stability, he contends that the inverse is true. “There is so much innovation happening that, to me, there are a lot of reasons to be on the side of disruption and innovation,” he said.

The Northwestern alum, who will be speaking at a speaker series event co-presented by the MS in Leadership for Creative Enterprises and MA in Sound Arts and Industries programs on Thursday, October 6, has always had a passion for media. Sachs majored in History and Radio, Television and Film while at Northwestern, which he said were the most interesting subjects to him.

“I love the intersection of entertainment and technology,” he said.

Post graduation, Sachs taught English in Europe for a year before taking a job at Sony Pictures. He left Sony after only one year in order to start his own business.

“I always felt entrepreneurial and was intrigued by starting a company,” he said.

Sachs noted that his time as a Wildcat was instrumental in his career as it helped him “meet interesting people.” Along with another Northwestern grad, he went on to co-found StepOut, a dating site that became immensely popular in India. The two sold the company to Match.com in 2013.

Shortly thereafter Sachs became COO of Midroll, a company that serves as a middleman between podcasters and advertisers, and a few months later became CEO of the company. He left after the company was sold to the EW Scripps Company because although he maintained his title, his job duties changed.

The husband and father is currently taking time off before deciding what he wants to do next. He is hoping to work with another emerging company.

“I think there is a lot of reason to take risk in your career because the reward of taking the entrepreneurial path can often outweigh the upside of the stable path.”