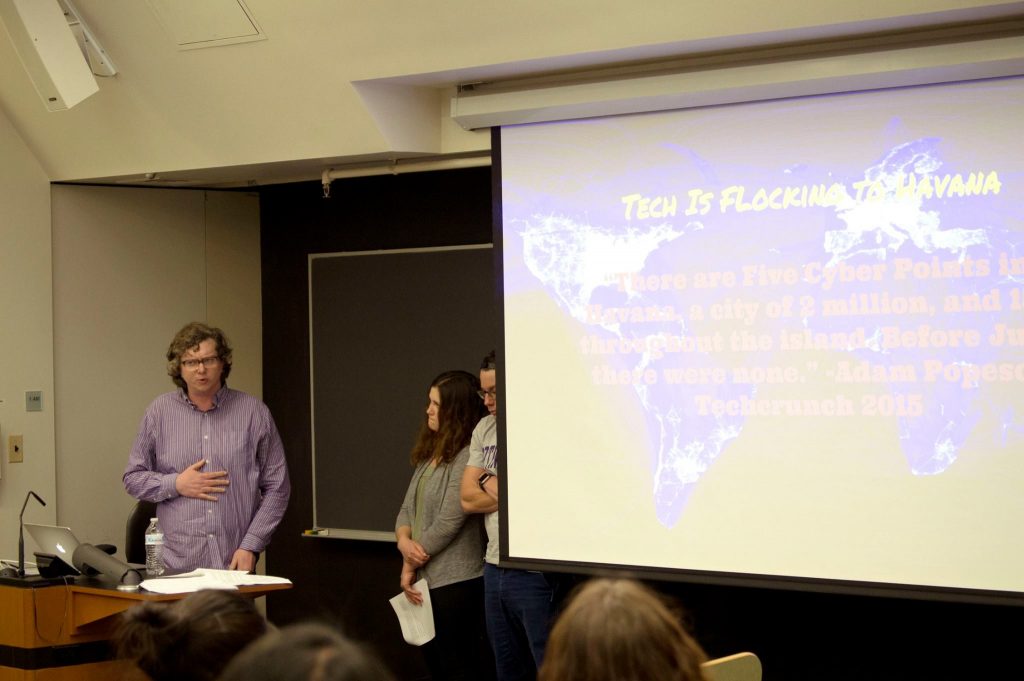 When discussing globalization, often the idea of cultures crossing borders and oceans comes to mind. Claudio Benzecry’s “Culture and Globalization” course took that basic framework and extended it far beyond traditional modes of thinking to discuss how to globalize the creative class. How are cities, both large and small, changing as a result of globalization? How are those changes implemented and then packaged by tourism bureaus and commercial developers to attract young creative minds to emerging neighborhoods, cities and regions?

Benzecry’s class effectively fused traditional theoretical perspectives with contemporary, realistic examples to show how business models and approaches morph as a result of more globally diversified audiences. Benzecry is an associate professor in the Department of Communication Studies specializing in the sociology of culture. His book The Opera Fanatic: Ethnography of an Obsession (University of Chicago Press, 2011) has earned several awards and currently has another book under contract.

Towards the middle of the course, material traveled away from critical theory, transitioning more into actual examples and case studies from one continent to another. Class discussion revolved around topics such as the expansion of the French luxury fashion industry, South Africa’s sudden entrance into the international winemaking scene, and packaging K-Pop for American consumption. As is the case with most creative businesses, “Culture and Globalization” naturally had students asking big picture questions. And each country, culture and group of people had their own answer to these questions.

The final project, much like the class itself, was exactly what students made of it. There were limited requirements and endless possibilities. Unlike other courses in the program, Claudio’s structure was designed to stretch and bend with the individual in mind. Not only did this ensure that projects were completely unique and unlike anyone else’s, but it pushed others to seek out the hidden potential for globalization to occur in some of the most unfamiliar places. Students explored one of the ancient capitals of China, Hangzhou, the independent film capital, Traverse City, Michigan, the capital city of Cuba, Havana, and the pilgrimage capital on the Japanese island Shikoku. Brooklyn just happens to be more recognizable at first glance.