Northwestern Professor Speaks to Students About Effecting Change Through Art 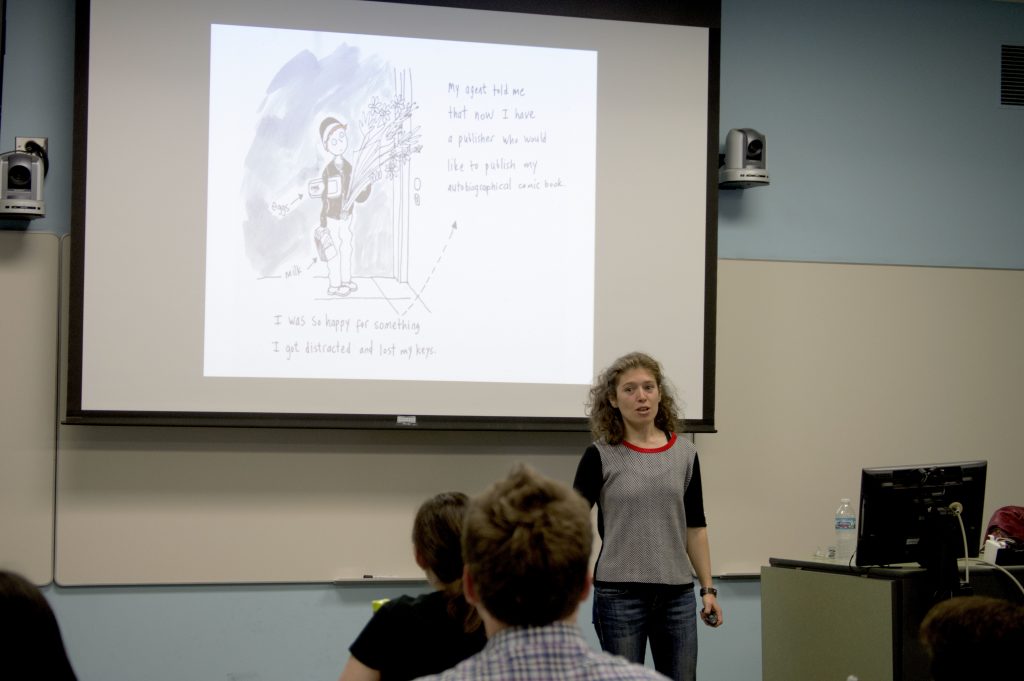 Effecting change through art can be difficult if the society you come from suppresses the voices of those who come to question the practices of these oppressive regimes.

Many individuals think of Turkey as an open democracy, the first of its kind in the Middle East outside of Israel, and the bridge between Europe and that region, through culture and history. Ozge Samanci, an assistant professor in Northwestern’s School of Communication, grew up in Turkey and came of age in a vibrant culture that was struggling as a society, dealing with the growing pains of democracy, which butted heads with the norms of an Islamic society.

Ozge wanted to showcase the struggle of an independent and creative woman coming of age in Turkey, which led to an idea she had worked on for 15 years, her new graphic novel “Dare to Disappoint”. The novel is about her growth in a society with “political travails” and that struggle in the context of “the mishmash of Western and Muslim systems”. Her intent was to show how her art was influenced by Turkish culture and the idea of bucking a system by being creative and thus disappointing through difference. In other words, her struggle was breaking down barriers and going against the social constructs of Turkey.

Our class was fortunate to have Ozge come in and talk to us about her process. She told us about creating the cover for the novel utilizing bread, instead of sponges, to paint the cover. This was controversial, as “bread is sacred in Turkish culture”, which is another example of daring to disappoint in order to effect change through creativity. In short, Ozge Samanci is a prime example of a creative who is not bound by borders or norms, and that it is possible to push for said change through art. However, sometimes it takes leaving your home and country to find a place that tolerates your voice, allowing you to express yourself.