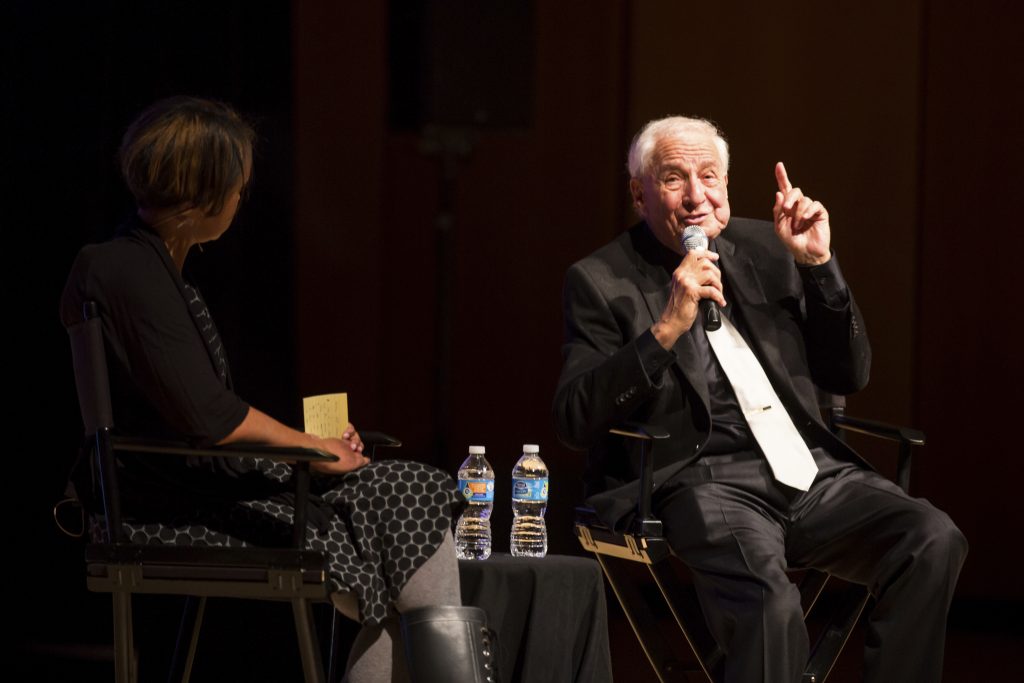 Northwestern alumni Garry Marshall’s storied career has included creating legendary TV shows like Happy Days, Laverne and Shirley, and The Odd Couple as well as feature films such as Pretty Women and The Princess Diaries. He returned to his alma mater on May 10 to screen his new movie Mother’s Day and answer questions about how Hollywood has changed over his fifty-year career.

Marshall kicked off his talk-back by describing his early life at Northwestern – “I had to play the drums around Chicago to raise money to get through college” – and his transition from Broadway to film.

“If you think the eyes are alive – that’s film,” he said. “Theater is more of a full-body experience.”

Marshall also delved into Mother’s Day‘s challenging production process. This was his first experience making an independent movie, and while “studios will give you some money when you’re in trouble,” he had no such safety net this time around.

However, even when making a film outside studio control, Marshall had no desire to change his core message. “I do light stuff,” he said. “I will continue to make films that celebrate the human spirit.” We likely won’t see him ever making “gritty or dark” material in line with recent trends.

One of the biggest shifts in the content industries lately is the sheer amount of programming available – when Marshall was a kid, there were only three television channels. “But good story never changes,” he said. He advised all students to study storytelling in every form as much as possible while still in school. He also encouraged the audience to push through issues as they come up, as he’s done throughout his work.

“I’ve run into so many problems that look impossible, but you have to try,” he said. “That’s what it’s about.”