MSLCE Trek Offers Inside Look into the Entertainment Industry 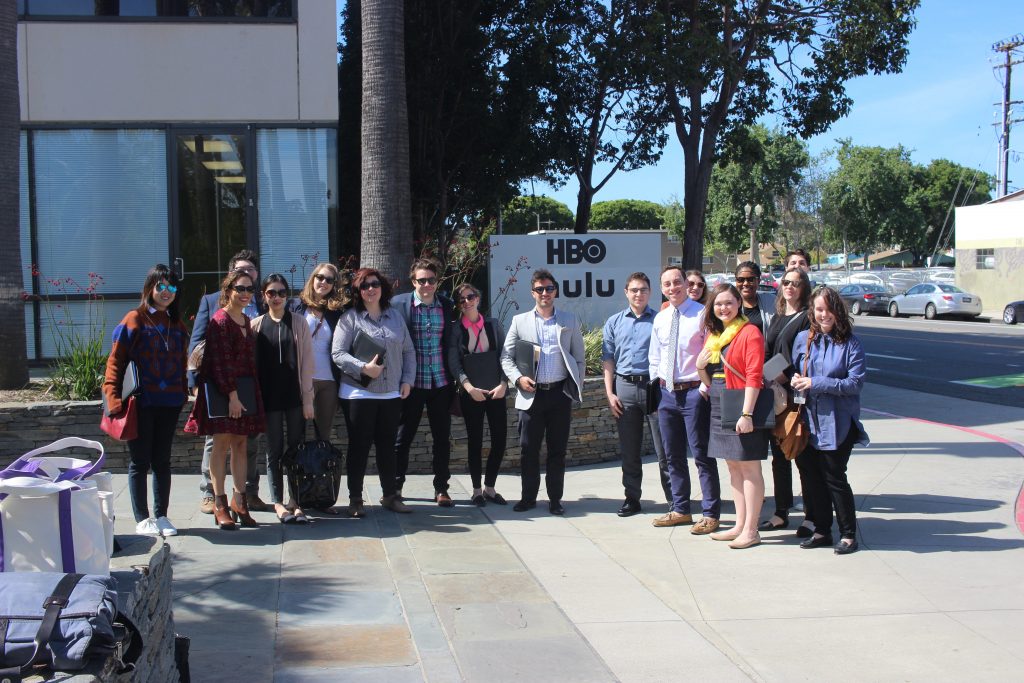 Over spring break, the MSLCE program split in half and sent a cohort to both New York and Los Angeles to see the creative industries up-close and personal. Being interested in the film and television industry, I travelled to Los Angeles, and came away with a much deeper understanding of what it’s like to work in Hollywood.

Over a three-day stretch my classmates and I visited six media organizations, all of which offered a different perspective on making your way in L.A. Day One was spent at HBO and AMC Networks, Day Two featured agencies Creative Artists Agency (CAA) and William Morris Endeavor (WME), and Day Three included comedy site Funny or Die and musical branding pioneers DMI Music.

We had the chance to meet several other executives and Northwestern alumni in informal Q&A sessions. From music supervision at Neophonic to youth theater entrepreneurship with Story Pirates, the MSLCE Trek showed off a wide variety of potential careers.

More than anything, the Trek was an opportunity to see how I’d like living in Los Angeles. I came away from the week feeling good – I met a lot of happy, established professionals who make a stable career in entertainment. Yes, it requires hard work and a little luck to make your way, but it’s possible and seems rewarding. We even got caught in the middle of an Easter egg hunt at Funny or Die – who’s to say you can’t have fun on the job?

Perhaps my favorite quote came from James Corden by way of CAA Agent Jeff Jacobs – “You can never fail if you don’t quit.” As all of us in the MSLCE program transition into spring quarter and eventually the world beyond Northwestern, we’d be wise to keep that lesson in mind.