An MMA Curator and a Nonprofit Consultant Talk Museums, Technology, and their Careers 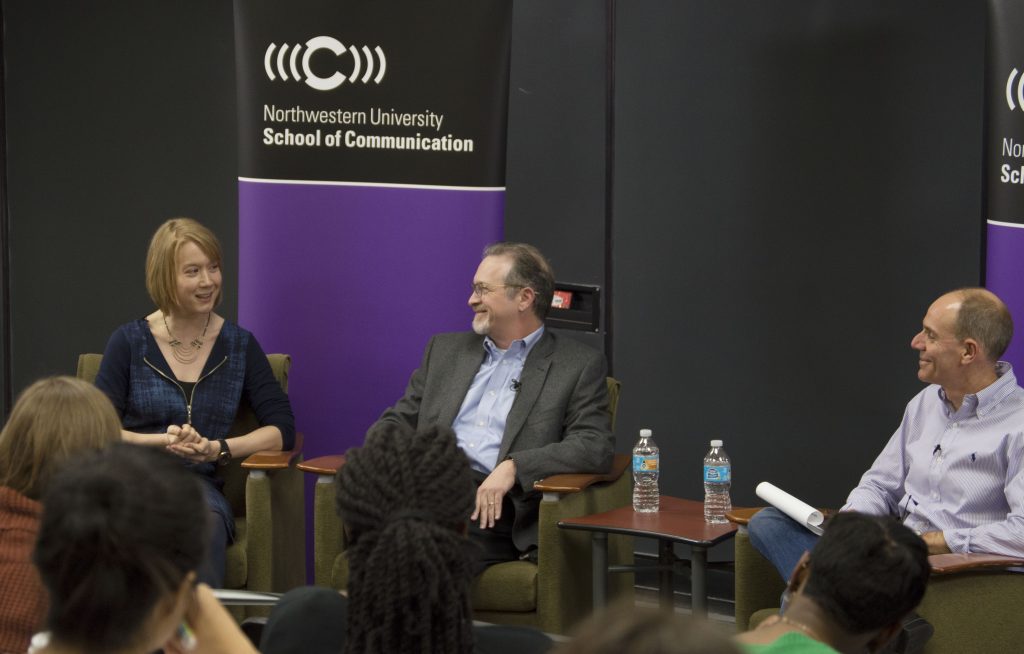 A curator from the Metropolitan Museum of Modern Art (MMA) spoke with a principal of the consulting firm Danzig & Associates last week during an MSLCE Speaker Series event about the surprising paths their creative careers have taken them on.

Femke Speelberg, the MMA’s Associate Curator of Prints and Drawings, described getting offered her job in the midst of what she thought would be a lifetime of temporary gigs.

“It was something I completely did not plan for,” she said, “I was planning for a future of four months there, six months there, but the capital I accumulated paid off.”

Before she moved to New York, Speelberg lived in the Netherlands, where she studied art history. She originally wanted to be an artist or a performer, but when she started her coursework she quickly realized she was in the right place.

“I was captivated by it,” she said. “What I particularly liked was … when I saw my opinion was being appreciated by the faculty and I got the sense that, ‘Hey, I may actually get something here,’ and that really encouraged me to go on.”

Like Speelberg, Danzig also began as an aspiring artist, and also found his way to New York early on in his career. Danzig, who now is also a member of The Museum Group, recalled that his career started when his high school art teacher got him an internship in SoHo. His parents were not thrilled.

“I remember my father saying, ‘This is stupid, you’re going to have to go to New York everyday, why would you do this?’” Danzig recalled during the talk. With a smile, he added, “I’ve been in it ever since.”

During the event, which was moderated by MSLCE Director Pablo Boczkowski, Danzig and Speelberg discussed the way technology affects the art world. Speelberg pointed out how, now more than ever, art museums must compete against movies and digital media.

“You have to create experiences that are comparable to make people want to spend their time in museums,” she said. “You can’t just be lecturing about what art is.”

Danzig pointed out that there are ways in which these competing mediums can work together.

“You can be in front of the painting, but also have it up on your phone because you’re trying to get more of the story,” he said. “It’s much more integrated in that sense.”

When asked by students about finding work in the art world, both Speelberg and Danzig acknowledged that it could be a confusing and daunting process. The advised students to be outgoing, to say yes to opportunities, and to always be trying to learn new skills.

They also said they couldn’t imagine doing anything else.

“Do something you really like doing,” Danzig said, “because otherwise it’s just no fun.”