Dreaming About the Future 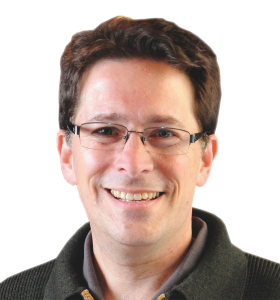 Gerry Garbulsky, senior TEDx ambassador for South America, is excited to be a guest host at TED2016: Dream. He is in charge of curating a TED2016 session on February 18 titled “The dreams that define us” featuring a selection of previous TEDx speakers from around the world.

Garbulsky’s career is inspirational in itself. Following undergraduate studies in physics at Universidad de Buenos Aires in his native Argentina, he went to MIT to undertake a Ph.D. in material sciences. Toward the end of his graduate school years, he decided that he wanted to make an impact in the world of industry and instead of pursuing an academic trajectory he joined The Boston Consulting Group. He had a successful career at the firm, eventually becoming partner, head of the global mining practice, and managing director.

He then changed career paths again and in the past decade has been engaged in a number of initiatives geared to change the culture of everyday life in Argentina. One of these initiatives has been TEDxRiodelaPlata, in which he has been instrumental since 2009. These TEDx conferences have been among the most impactful in the world, attended by 10,000 people each time in the past couple of years. His recipe: seed long-term conversations and showcase people doing neat stuff but who aren’t well known.

“In our society our conversations are stuck in the very short-term issues,” said Garbulsky. “But to be in charge of our own future, we need to start talking about different things; we need to talk about things that relate to our future.”

Equally important is his goal to highlight people who are not well known, but who are doing significant things in society. Garbulsky emphasized that the conference aims to “make those people visible.” This enables others to look up to them in order “to be inspired and to dream big about our own lives.”

The weeklong conference will be held February 15 – 19 in Vancouver, Canada.