MSLCE Student Believes in the Power of Film 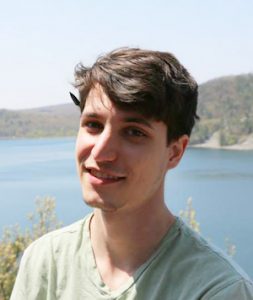 While earning his undergraduate degree in film at Northwestern, MSLCE student Win Winter worked on a few movies that were shot and produced by students. The experience taught him a valuable lesson: he doesn’t want to be an editor.

“I don’t know if I want to do editing and be cooped up in a studio for hours and hours,” he said, “So I thought the MSLCE program would be able to help me branch out from that and take a more leadership position.”

Winter hopes to work for a film or production company, ideally in a role where he would have direct responsibilities for the the final product. He has a deep appreciation for the art of moving images, and wants to be able to say, “I had a hand in making that.”

“I believe in the power of movies and TV,” he said. “To be able to make something that draws people’s attention it and can spark a conversation or build a connection based on common ground … that interests me and excites me.”

Winter is especially impressed by comic book movies, which he sees as feats of cooperation among a huge number of people.

He’s unsure what specific role he would like to have in the industry, and is open to working in either film or television. Especially if he could work for HBO.

“I do have a soft spot for sitcoms, but in terms of storytelling HBO is right on point right now,” he said, then added with a laugh, “besides the new season of True Detective.”