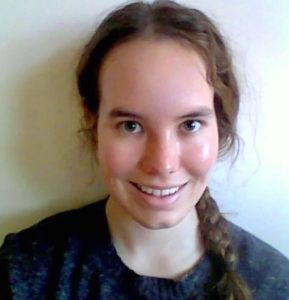 Morgan Zankich takes her television watching very seriously. She invests a significant amount of her time and attention watching shows, assessing their quality and trying to figure out what makes them work.

“My hobbies pretty much revolve around watching television. I have most of the streaming apps like Hulu, Netflix, Amazon, HBO Now and Showtime AnyTime,” said the 22 year-old Cornell graduate.

Zankich’s life-long interest in television turned into something more over the past few years, as she developed a fascination with the television industry and a desire to become a part of it.

She pursued a bachelor’s degree in Industrial and Labor Relations with a minor in Film and went on to intern in the research department at the Writers Guild of America, West.

“I really want to do work in television,” she said. “I’m not one to be in the more creative side like an actor and a director but I think I’d really enjoy the business side of the industry, and this is one of the few programs out there that really helps students prepare for that.”

Born and raised in Acton, California, a small town in LA County, Zankich expects her background in Labor to be particularly helpful in entertainment industries such as film and television where labor unions are particularly relevant.  Ideally, she wants a job in television production.

“I’d love at some point to work in programming for a station like AMC or FX or one of the great channels. To pick what goes on television would be amazing!” she said.

Zankich hopes the MSLCE program will allow her to acquire a greater understanding of how the industry works and where it is headed.

“People have the opportunity to subscribe to companies to watch TV,” she said. “The channels are going to have to focus more on quality and niche audiences.”