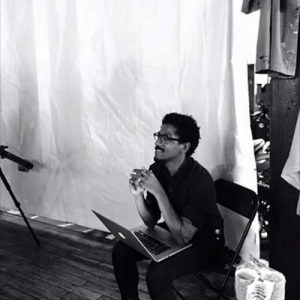 This week, we launch our new feature, where we ask an MSLCE professor three questions about the creative field they work in. We begin with a conversation about independent television with AJ Christian, Assistant Professor, School of Communication, and Founder, Open TV.

What does ‘indie’ mean in the world of television?

I view indie not as a genre or aesthetic category but one of industrial categorization. For me “indie TV” is television produced and distributed wholly independently of corporate interference. This means that a corporation has not hired the staff, shaped the story or participated in the release and marketing of a specific show. There are always gray areas. Some series start independent and acquire a corporate sponsor or distributor after a season or two. Sometimes these series are still indie because the corporate sponsor/distributor has little to no say in the story and its marketing. But most of the time when corporations participate in the production and release of a show they influence the story and its marketing. This changes the aim of a show from the idea of an artist looking to speak to a particular community to the idea of a company looking to profit from that artist and their community. Indie stories exist to represent and mediate sincere conversations between producers and fans.

Is making a television show easier or harder than it’s ever been?

It’s marginally easier. With digital production and marketing tools (social media) you can make a series for very little money, particularly if you’ve written or planned for lower costs. YouTubers do this by making themselves the ultimate subject of the show; their production costs are limited to equipment and the time they invest in making it. Last year a movie shot on an iPhone was a hit at Sundance, so it’s possible to make more sophisticated fare as well. The glut of content makes marketing the biggest challenge. Smart creators spend as much time and effort marketing as making. This means connecting with other creators and finding out where your fans are. The result of this ecosystem is that more people are making shows and they’re more representative of the country and its cultures.

You’ve overseen a number of Indie TV productions. What’s been the biggest surprise so far?

So much! I’ve been surprised at how many artists in Chicago are eager to make television and the great diversity of ideas in a city we don’t historically define as a center of media production. People here are game for collaboration and experimentation. I started Open TV with the theory that by bringing historically excluded arts and artists into television production I could discover further innovations in series development. It’s turned out to be an easy theory to prove.