Control, You Don’t Have Any, Says Kellogg Adjunct Professor 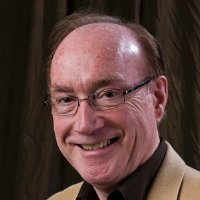 “You don’t have control, but you do have influence,” says adjunct professor Michael Thompson, Ph.D., who spoke with our project management class this past autumn.

This notion remains a truly befuddling and bothersome one. Why? Well, as graduate students with high hopes for the future, the idea that we do not have control over situations, teams, and people is eye-opening. In fact, it’s frustrating. However, there is hope.

Dr. Thompson is an expert in emotional intelligence who has developed program(s) for the Kellogg School of Management and the School of Professional Studies that delve into “dealing with the practicality of the left brain and the emotions of the right.”

In other words, he has created a program that identifies the 4 core emotions (Glad, Sad, Mad, Scared) and provides the skillsets needed to utilize these emotions’ influence on our everyday lives.

For example, emotional self-awareness and emotional self-expression are two self-explanatory skills that are often brushed off as obvious and self-fulfilling.

Emotional intelligence begins with you and then stems to the team or client. Therefore, you need to be aware of your emotional self to “effectively and appropriately communicate” with your team, client, or even friends.

These two skills are about setting boundaries, being forthright, and allowing yourself to utilize your emotional self-awareness and expression to influence a situation or moment.

As a graduate student from a creative background and one who believed in the notion of “control” it was frustrating, but relieving to hear that influence, perspective, and empathy were the key ingredients to emotional intelligence.

This is especially true for creative leaders who must utilize their openness, empathy, and self-awareness to influence creative teams whose participants wear their hearts and perspectives on their sleeves.

We may not have control over a given moment or person, but we do have the power to influence those around us as long as we employ empathy to foster and sustain that influence.