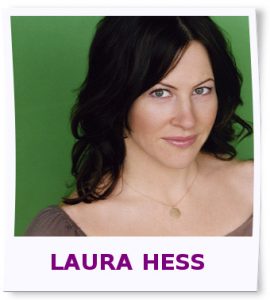 She isn’t a director or a producer, but Laura Hess’ dream is to help make documentaries catalysts for change. The ultimate goal: engaging audiences with inspiring stories to promote social change.

Hess’ desire to become an effective “impact producer” motivated her to return to Northwestern University, more than a decade after having graduated.

As an undergraduate, her passion was for theatre. After college, Hess moved to New York City for four years where she began to build her resume as a performer. However, after a few years she moved to Los Angeles to pursue a career in filmmaking and eventually made the decision to transition into the realm of advertising.

“The whole reason I am going back to school is that my focus has shifted away from performing to documentary film, primarily as an engagement strategist. That can encompass a range of skills, but essentially I want to produce campaigns for films in such a way that support social change and participation,” explained Hess.

In addition to her experience in creating a connection with audiences, both through performance and advertising, Hess aspires to acquiring skills on the business side of the spectrum, including finance and marketing.

“I’m essentially going to be looking at each film as its own startup and I need to have the ability to adjust all those skills depending on the budget, the target audience, the story itself, and if it is hoping to inspire social change, what kind of policies that would involve,” said Hess.

Hess has very fond memories of her undergraduate education at Northwestern, which she described as having “an incredibly inclusive philosophy” that taught her to think of theatre as “an entire organism.”

“You learn to be a team player, to be very collaborative and to learn about the world and culture. I think it is an amazing way to live as a student and as a person,” said Hess.

Her ideal internship is working in marketing or communications at a company like Netflix or Participant Media.