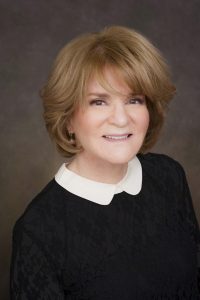 Jane Gottlieb, a VP and Executive Producer with the CBS Marketing Group, has a unique job: she works in television, but what she creates usually doesn’t air.

That’s because Gottlieb doesn’t produce shows, but business events. She works on special projects like the Upfront, a huge, annual sales event that brings 3,000 people to Carnegie Hall to show advertisers clips of the upcoming CBS season and entice them to buy first on CBS. It’s an event all the networks do to launch their fall programming, and Gottlieb is in charge of CBS’.

“These events have become more and more elaborate,” Gottlieb said of the Upfronts she’s organized. “Each network, whether it’s cable or the networks, vie for the most creativity and production value, so they go bigger and bigger.”

Gottlieb, who will be speaking at Northwestern for an MSLCE speaker series event in January, graduated from NU in the ‘70s, without knowing that the job she now holds even existed.

“There was no department for what I did, and I didn’t even know about it,” she said. “Producing corporate events and videos is not taught in school — it’s a strange hybrid of many different creative and management disciplines.

After graduating, Gottlieb worked at a production company in Chicago and then a series of boutique production companies in Princeton, Washington DC and ultimately New York City. She eventually came to CBS after she produced one of the annual Affiliate Meetings while at Burson-Marsteller Productions.

“I’m in an industry that I love, entertainment/television, but what I do doesn’t typically air,” she said.

So what exactly does she do? ” Overall creative and production supervision: Building a specialized team of creatives, theme development, set design, graphic support, video production, speechwriting, assembling a crew,” Gottlieb lists off. “All of these things go into it.”

Gottlieb says she learned most of these skills on the fly. “There’s a lot more improv in my career than you might imagine,” she said. “With each new job came many opportunities, but because of the nature of what I do, also many challenges. Many times I had to fake it or figure it out — or both. I learned to trust my instincts. There was – and is – no rule book.”