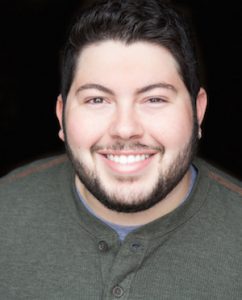 As an undergrad at Northwestern, Jared Corak got the chance to write the music and lyrics for the Waa-Mu Show, one of the big student musicals staged on campus. The experience came at the peak of his interest in musical theatre.

“Then I kind of realized that some of my other passions … required a better understanding of the creative industries and a more business minded approach to things,” Corak said.

Those interests, including film, film scoring, and music, motivated Corak to apply to the MSLCE program, which he began in the fall.

“My interests are all over the place, I’d like to be a jack of all trades and do everything,” he said. Corak would love to write music and lyrics for the stage, songs for musicians, or scores for film and television. In short, he says he just wants to be “constantly working on new projects in different fields.”

He hopes to gain from MSLCE an ability to market his own skills and to bridge people from different backgrounds together to achieve a collective goal.

“As a creative you’re working freelance, and I’d love to gain the skills to market my own project and market them to executives,” he said. “On the flip side if I’m leading a project… I’d love to have the skills to speak the right language to get everyone on the ride page for a common goal to work towards a creative product.”

Asked about his inspirations from television, he points to the hit TV show “Lost.”

“‘Lost’ is my favorite TV show of all time, I talk about it a lot,” Corak said with a laugh. He says he gets quite emotional if he hears the score from the last scene of the show’s finale. “If you play that last scene I will start weeping.”

Corak also loves action film scores like those composed by John Williams, Hans Zimmer, and Danny Elfman. He notes that those composers took a variety of roads to get to where they are.

“It’s not a clear path to that point,” Corak said, “which is why I’m taking a holistic approach to everything, just learning as much as I can about these different mediums.”