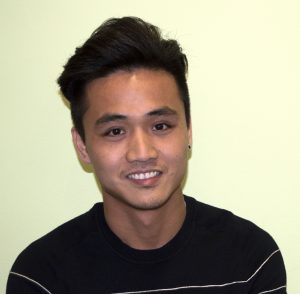 Edwin Zhang believes every industry can be seen as creative.

“Every company needs creatives to survive,” he said.

The current MSLCE student graduated from the University of California San Diego, where he studied international studies and economics. He realizing during his studies that even professional fields that don’t appear creative need employees who can think outside the box in order to thrive. Zhang wants to take the skills he learns at Northwestern “to lead my own company to be creative and lead my team to be creative.”

Zhang is especially interested in film and music, and believes there are huge opportunities for these markets to grow, especially in China, where he’s from.

“The Chinese market has a lot of potential to grow,” he said. Zhang wants to create an online platform like Kickstarter that will allow musicians and filmmakers to barter with fans.

“The Kickstarter model is, you put money to invest in projects,” Zhang said. In his model, “you can give away your stuff, anything, your shoes as a reward, you can get a pen or something like that. Money is the currency for the market, but it shouldn’t be the only currency we use.”