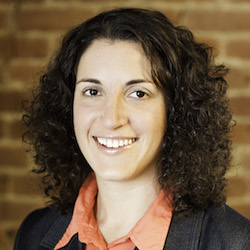 Before Indiegogo was one of the biggest names in crowdfunding, it was a small shop that had just raised the seed funding it needed to hire its first full-time employee.

That employee was Erica Labovitz, who will be speaking at Northwestern on Thursday, Dec. 3. She currently works as Indiegogo’s Head of Product Marketing, running all the company’s product, sales, and category marketing.

“I help new entrepreneurs bring projects to life,” she said in an interview last week.

Her job entails connecting entrepreneurial people with the companies that can help them distribute their products. Recently, her team worked with the makers of the movie Super Troopers 2 to partner with Fandango so the movie could be crowdfunded by advance ticket sales.

“A lot of the creative industries recognize the benefit,” Labovitz said of crowdfunding, “but because of the infrastructure they’re still figuring out the best way to tap into it.”

Labovitz graduated from University of Pennsylvania in 2001, then moved to Chicago to work in brand management at Kraft for about eight years. While there, she got involved in a few nonprofits, including House Theatre of Chicago, where she was a founding board member. She went back to school, this time Northwestern, to get a master’s degree from the School of Education and Social Policy, where her thesis focused on “teamwork in the performing arts.”

Though Labovitz had known the founders of Indiegogo for years, it wasn’t until 2010 that she accepted a job offer at the company. She had just finished school and was in a position to take a leap into the unknown world of start-ups.

“It was definitely a scary thing,” she said. “If I had been employed when they came to me, I don’t know if I would have been as open to the risk.”

Labovitz looks at her success at Indiegogo as the result, in part, of her ability to maintain important relationships along with an acceptance of not always knowing what’s next.

“A lot of what can be perceived as success is really just based on being open to new things and meeting the right people at the right time and cultivating those relationships,” she said.