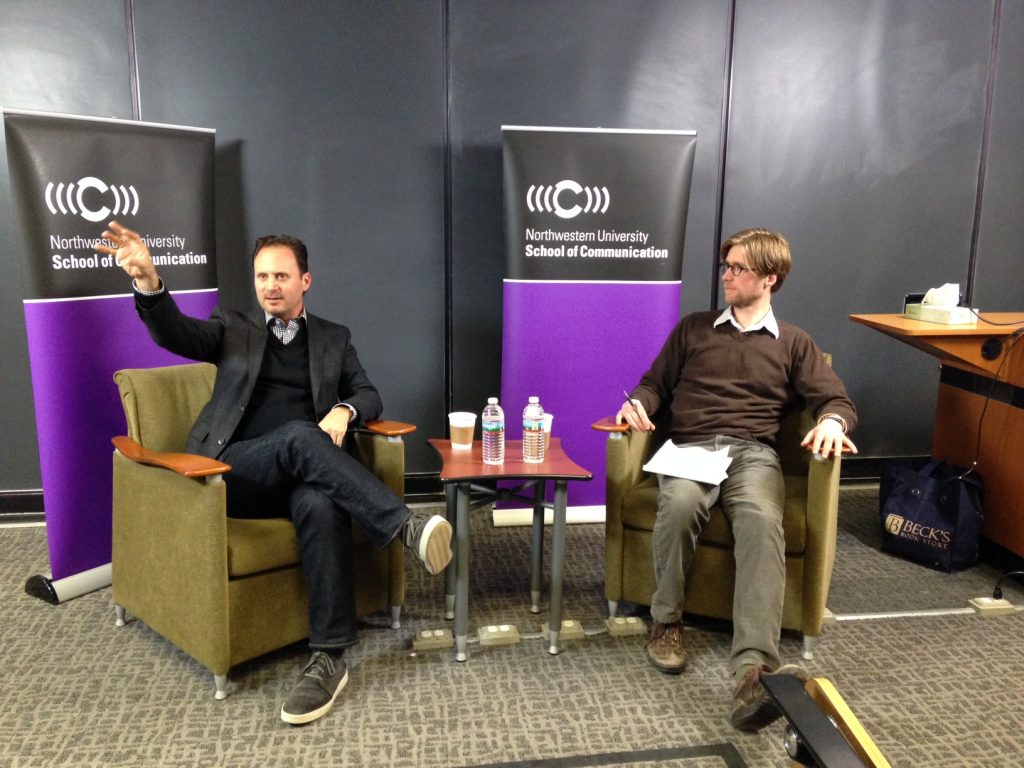 When Mike Knobloch and his team at Universal Pictures first took on the challenge of developing music for the movie Fifty Shades of Grey, they knew they would have to impress.

The President of Film Music and Publishing at Universal Pictures, Knobloch directs the department that lies at the intersection between the arts and the industries of music and film. Not only was he and his team building off a trilogy with specific songs explicitly weaved into the storyline; they were also catering largely to a fan base familiar with the content of the novels.


“Knowing that the fans of the book, of which there are many, would be coming with expectations of exact songs, or at least of songs being a big part of the story, we knew had to build something from the ground up that was going to deliver a satisfying experience,” said Knobloch, at Northwestern University’s Master of Science for Leadership in Creative Enterprise (MSLCE) recent speaker series event.

Aside from meeting strict deadlines and juggling dozens of multimillion projects at a time, Knobloch and his team must bring together the interests and desires of record labels, artist, agents and managers with those of their film counterparts, including the people in charge of  visual effects, marketing, and physical production, among many others.

In the end, no matter how ambitious the soundtrack might be, at a film production company the music must always function at the service of the film.

“It is hundreds of people, an epic amount of people, with very specialized roles in the massive collaborative effort that it takes to pull these things off,” Knobloch said. “We don’t take ourselves too seriously, but from a business perspective of what it costs and what the profit margin is, we are working in a high stakes situation.”

Much of the team’s work is based on problem solving and “hyper-communication” in order to find the common ground in the midst of the subjective terrain of music.  According to Knobloch, the end goal is to create a product that simultaneously matches the DNA of the franchise the audience is expecting, while finding ways to make it different and ultimately better.

“I’m the boss, but I’m in the trenches making the product. I don’t get to kick back with my feet on my desk and bark orders at people,” Knobloch said.

What the soundtrack is going to demand and look like depends entirely on the needs of the specific movie and “what makes sense” for it. According to Knobloch, the old-school approach to soundtracks was to integrate them into the marketing campaign. However, this strategy is being used less and less frequently.

“It depends on the film. With Fifty Shades there was a big expectation that it was going to come with a big soundtrack so we actually crafted a very ambitious campaign where we had Ellie Goulding doing a pop song, we had The Weeknd doing a more urban R&B song along with a bunch of other stuff,” Knobloch said. “So we we had a very ambitious, pre-film release soundtrack construct that hearkens back to the old days of how we used to do it.”

Kobloch oversaw the music for the highest grossing film of all time, Avatar, as well as Oscar winning Titanic, and Universal’s record-breaking, top-grossing franchise films Fast & Furious 6 and Despicable Me 2.  Some of his upcoming projects include Furious 7, Pitch Perfect 2, Minions, and Straight Outta Compton.